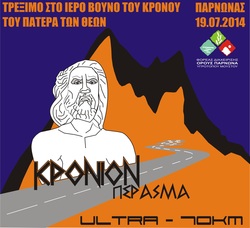 Parnon is the backbone of the East coast of the Peloponnese.lt gradually begins to rise from the mountainous villages of Tegea and it ends in Geraki in the province of Lakonia. Mount Parnon has this name since the ancient times. We have the first references to it from Pausanias and Strabo. Furthermore, it is mentioned as the
Mountain of Cronus because it was a mountain sacred to the god Cronus, father of Zeus. In the local dialect, Parnon is also called Malevos. Malevos is also the name of «Megali Tourla», the highest peak of the mountain (1.935 meters).
Its highest peaks include Gaitanorachi (1.803 meters) and Madari (1.685 meters).

Its eastern slopes end in picturesque harbours and small coasts and most of them dive abruptly into the water of the Gulf of Argos and the Μirtoο Sea. On the western side, Parnon ends υρ in the valley of the Evrotas River that flows from Mount Taigetos.